In September 2014 a company called Equipos Industriales from Honduras (equiposindustriales.hn) inquired about custom light fixtures. Their representative was supposed to source them for the city mall in Alajuela, Costa Rica. The mall was under construction and the grand opening was scheduled for May 2015. It was difficult for them to find a 10-meter large light fixture. The companies they contacted before informed them that the weight of the unit would be way too large and the cost was over their budget, so they were looking for a solution within the budget fast. The most challenging part of this rush project is that they needed 21 units!

We produced a short proposal free of charge and suggested to do the project in three stages to minimize risk for both parties and build trust as project progressed:

In addition we proposed to make the fixtures in such way to reflect each of 7 provinces of Costa Rica, therefore making seven sets of three identical units.  We proposed aluminum construction with aluminum plexiglass composite canopy to reduce the weight. As the project was big, the payment plan followed each stage.  We estimated the cost of one unit at $14,000.

Our contact Gaberiela Alvarado said that her superiors liked the idea very much, but expressed her doubts about working with a distant company. Since there was time pressure for this project we had already prepared a longer proposal based on provided construction details of the ceiling and decided to send it free of charge as a sign of good faith. We produced several ideas for the canopy. One idea had yellow details that represent mangoes grown in the area.

This is a snapshot of some details from the proposal 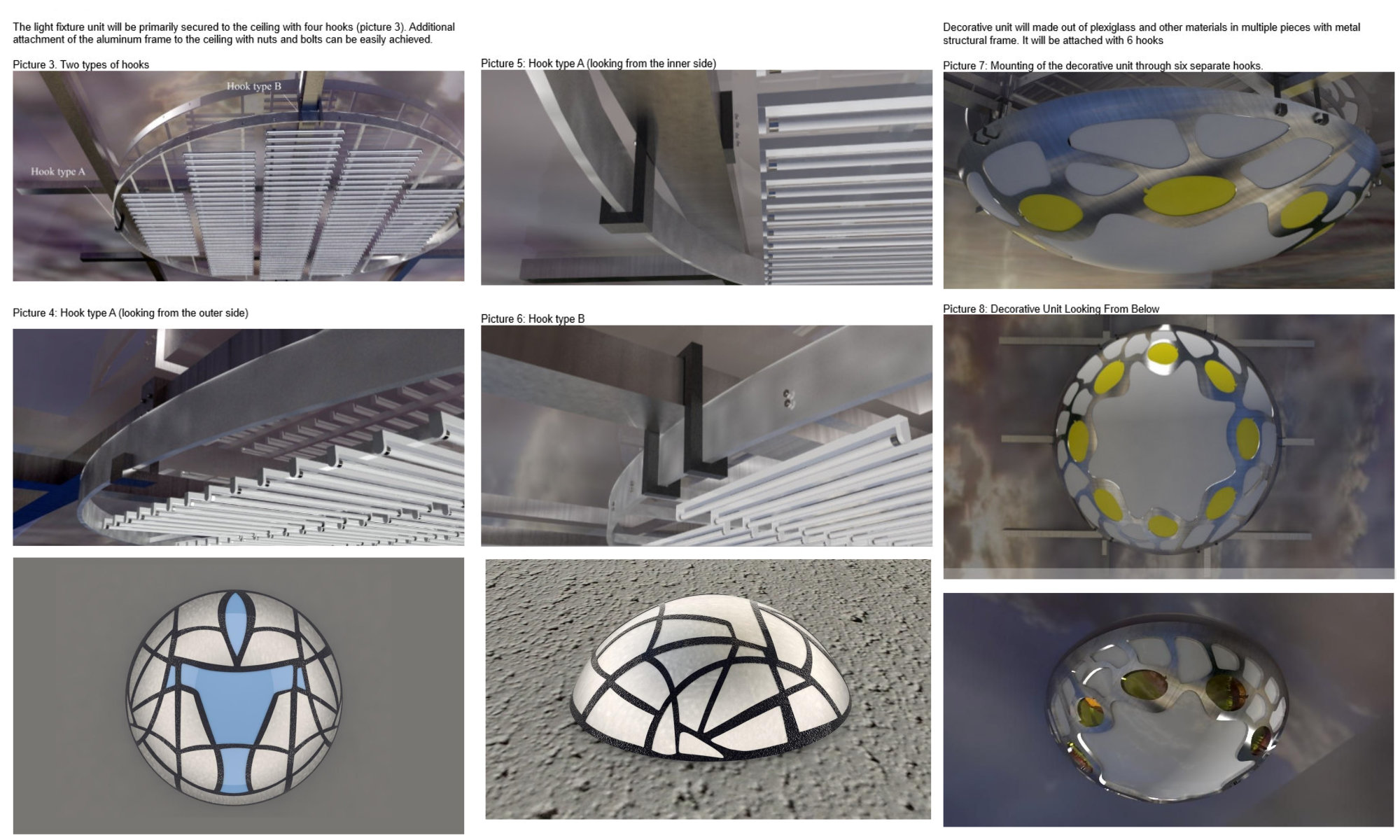 After we had released the proposal, we have not heard from Gabriela. We followed up and got the response that the project was awarded to someone else.

The mall was completed next year and the light fixture was installed. The image below belongs to BEAME Artchitectural Partnership (http://bapdesign.com) 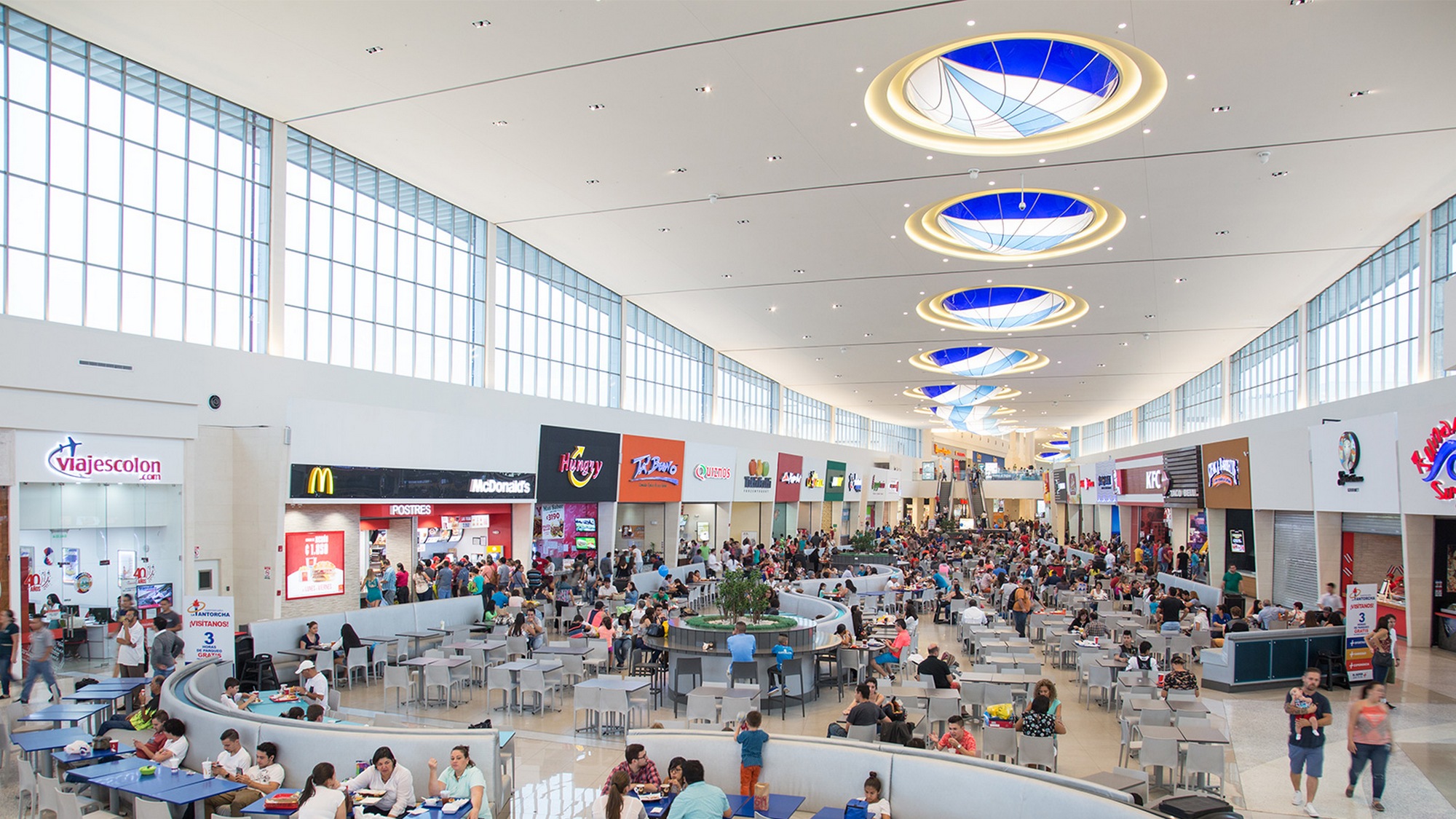 Shelly Scientific is happy to provide only documentation if you prefer to work with a company that will carry out manufacturing and installation. However, we will not assume the risk of devising a full plan for the client, before the client has committed to working with us.